Negotiations between the President of the Republic of Uzbekistan Shavkat Mirziyoyev and the President of the Russian Federation Vladimir Putin has taken place in Moscow.
Russia’s President Vladimir Putin welcomed the President of Uzbekistan in Kremlin.
Issues of further strengthening strategic partnership and multifaceted cooperation were discussed during the conversation.
It should be noted that these days the state visit of the President of Uzbekistan to Russia was planned. However, the global spread of the coronavirus pandemic changed the plans, and the event was postponed to a later date.
The head of the Russian state thanked Shavkat Mirziyoyev for accepting the invitation to take part in the celebrations on the occasion of the Great Victory.
“This is confirmation of our special allied relations”, noted Vladimir Putin, speaking about the upcoming participation of representatives of Uzbekistan Armed Forces in the parade on June 24 on the Red Square for the first time in the history of independent Uzbekistan. 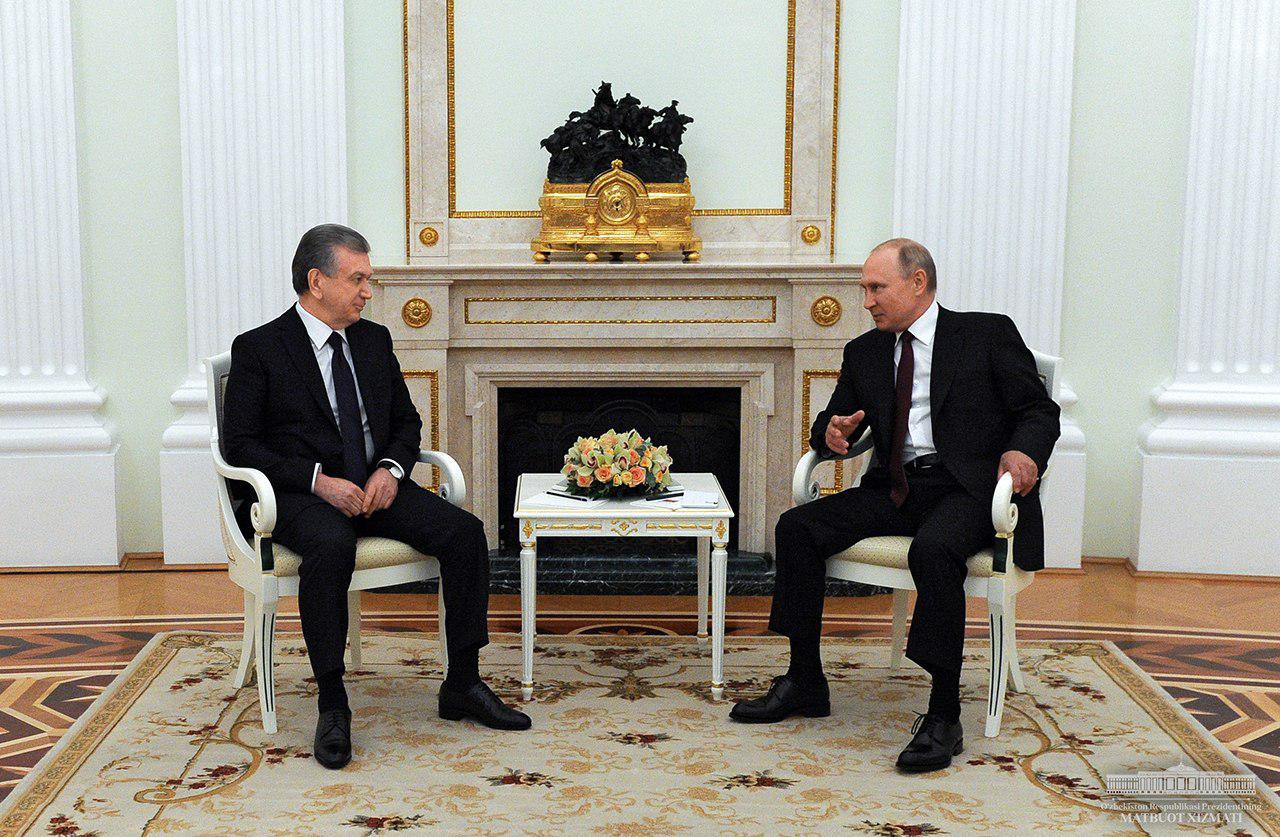 The President of Russia also noted the huge contribution of Uzbekistan to the Victory, the efforts of the rear troops, the generosity of our people, shown to the evacuated. The creation of the Victory Park in Tashkent was emphasized.
In turn, the President of Uzbekistan congratulated Vladimir Putin and the entire Russian people on a great holiday. “This is our common history, common victory”, – said Shavkat Mirziyoyev. Appreciation was expressed to the Russian side for the readiness to provide archival materials to enrich the fund of the Memorial Complex in Victory Park in Tashkent, as well as to establish more reliable statistics on the contribution of Uzbekistan people to the Victory.

The parties noted with deep satisfaction the dynamic development of bilateral relations in recent years.
Despite the negative impact of the effects of the global crisis, the trade turnover is showing steady growth. Last year it reached $6.6 billion. In the first months of this year, mutual trade amounted to about $2 billion.
The leading companies of the two countries are deepening cooperation: at present, these are 2 thousand joint ventures and new investment projects worth over $12 billion, covering all major sectors of the economy of Uzbekistan.
In general, Russian investments in the economy of Uzbekistan exceeded $10 billion.
Another priority area is the observed intensive scientific and educational exchange. Over the past few years, 7 branches of leading Russian higher education institutions have been opened in Uzbekistan. Their total number is already 10. The next step is to open branches of 4 more Russian universities.
And there are many of such examples of mutually beneficial and effective cooperation.
This is not only trade, investment, transport and education, but also agriculture, science and innovation, healthcare, culture, tourism and other important areas.
Heads of state considered in detail the current issues of Uzbekistan – Russian relations. 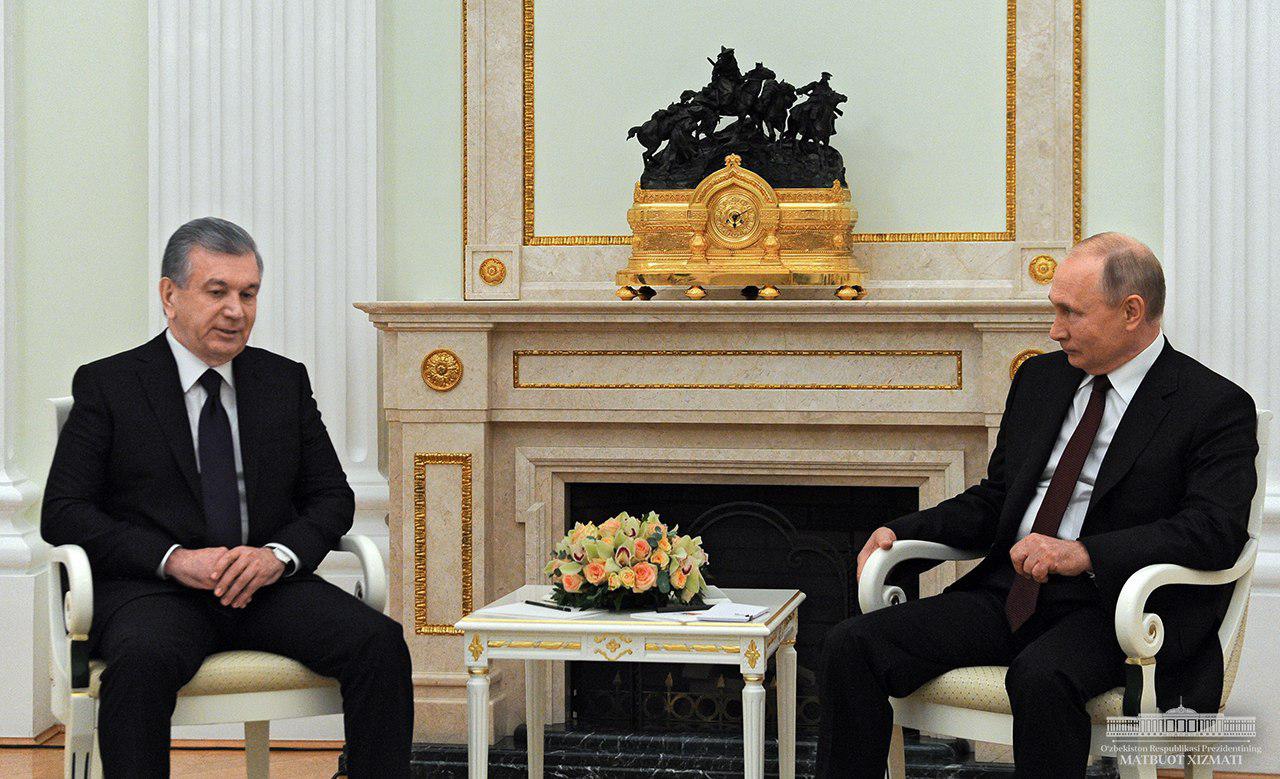 The importance of continuing an active dialogue and ensuring the practical implementation of the agreements within the framework of the Joint Commission at the level of the Heads of Government and Intergovernmental Commission was emphasized.
The governments of the two countries were instructed to continue the thorough preparation of the upcoming summit, drawing attention to new economic programs and breakthrough investment projects.
The leaders also exchanged views on the international and regional agendas. They agreed on a schedule of the upcoming high-level meetings, including the preparation and holding of the next CIS and SCO summits.
Thereupon, the meeting of Presidents Shavkat Mirziyoyev and Vladimir Putin has ended.
Tomorrow, the President of Uzbekistan will take part in celebrations marking the 75th Anniversary of the Great Victory over fascism.

On June 30, President of the Republic of Uzbekis…