On May 22, President Shavkat Mirziyoyev became familiar with construction of multi-storey houses in Andijan region’s Khojaobod district.
Population of this region is 10 percent of Uzbekistan’s total population, while the area of the region is only 1 percent of the country's territory. Therefore, measures are being taken to meet the growing needs of the population in housing by building multi-storey buildings in the hilly area surrounding the regional center.
35 multi-storey houses are being built in Khojaobod district’s Ittifoq neighborhood. Apartments here are planned to be provided to families in need of housing from Andijan city, Andijan, Khojaobod, Bulakbashi and Jalaquduq districts.
A school, a sewing workshop and a sports complex are also being built here.
The Head of the state pointed out the shortcomings in construction activities. Construction of houses in this type of area is a new experience in Uzbekistan, noted Shavkat Mirziyoyev, so it is necessary to build them qualitatively in accordance with international standards. 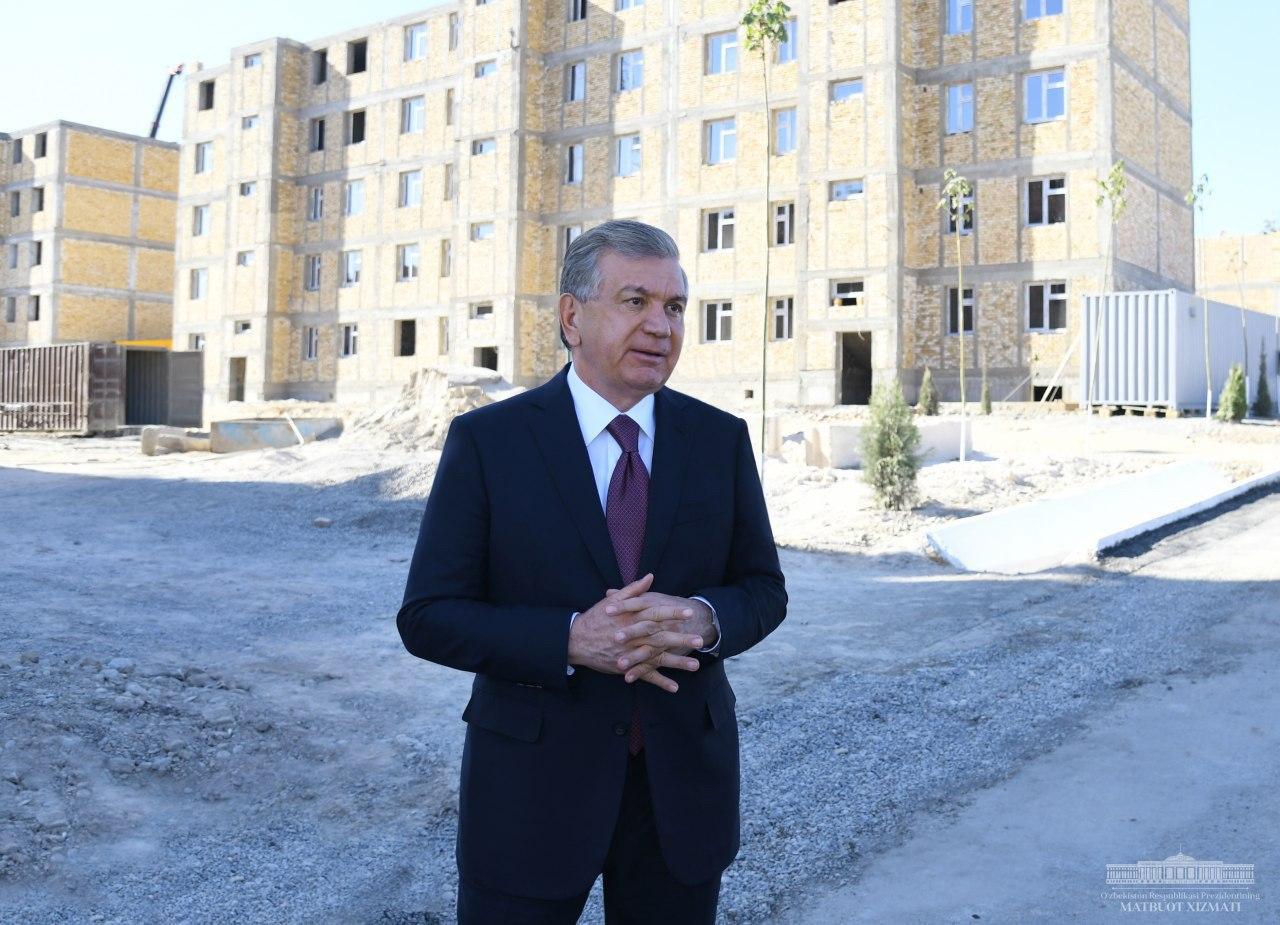 President gave instructions on finalizing the project and organizing transport routes that are convenient for the population.
Thereupon, the visit of the Head of the state to Andijan region has ended. 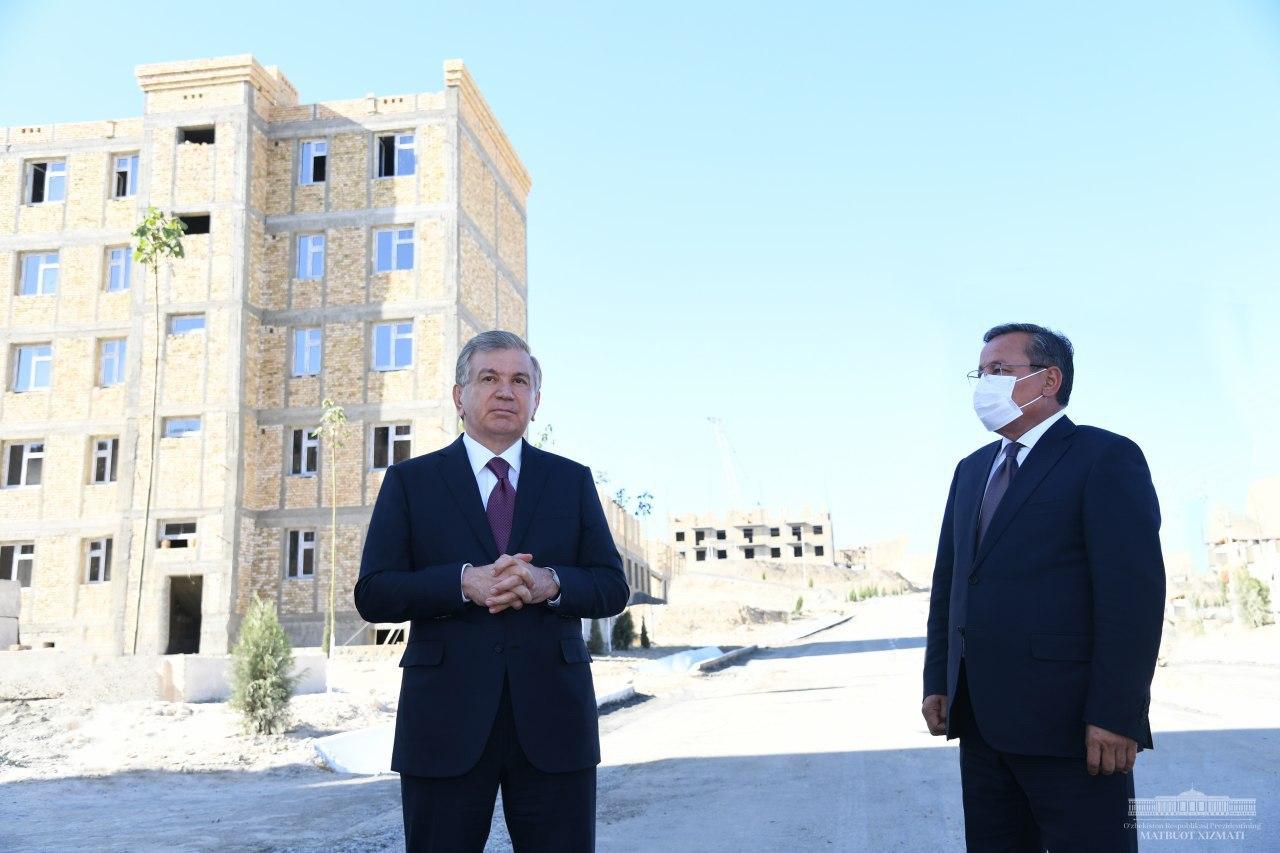 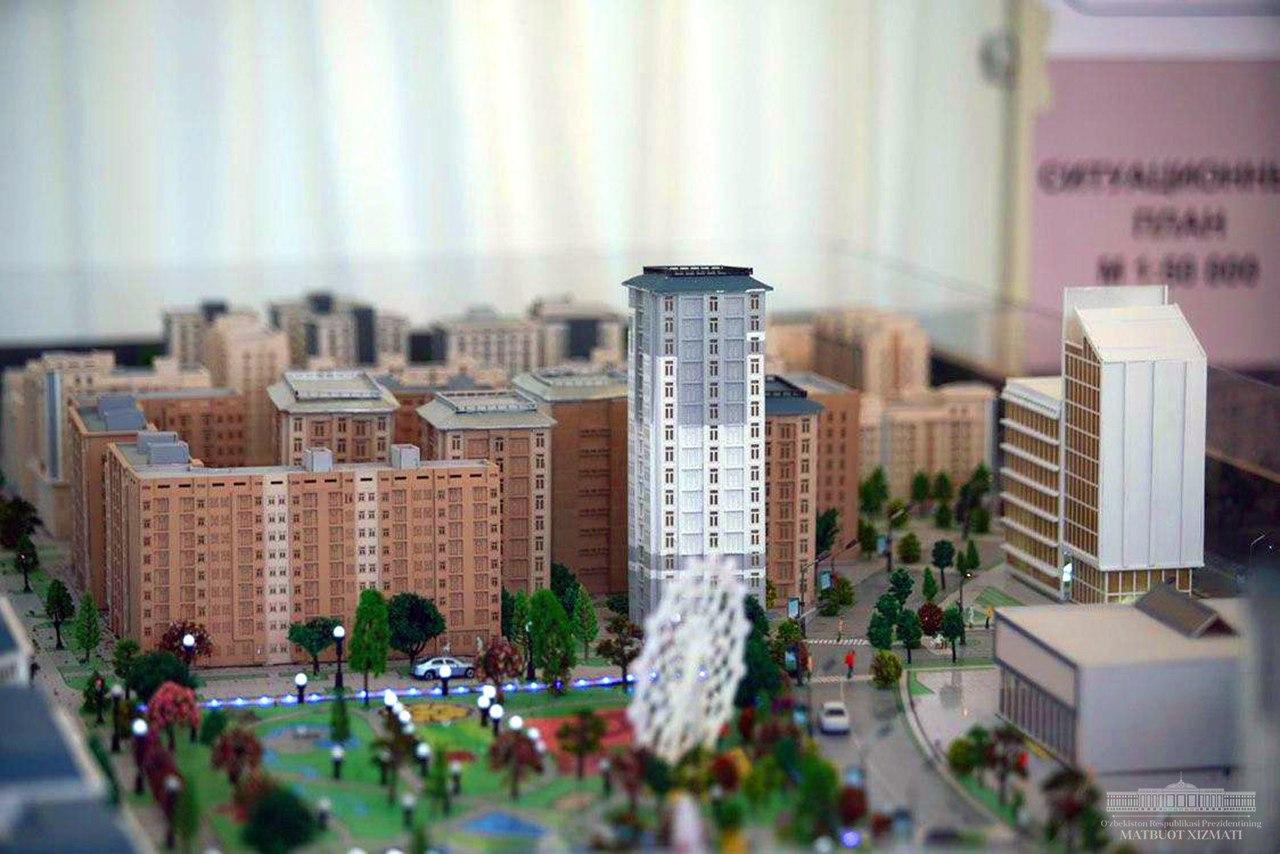 The legal framework for the consumer basket to be …

Presidents of Uzbekistan and Kyrgyzstan talk over …

On June 1, President of the Republic of Uzbekistan Shavkat Mirziyoyev held a …

Ministry of Foreign Affairs of Uzbekistan on the i…

Interest free loans will be allocated to tour oper…

Oqoltin residents are also provided with financial assistance
Project implementation criteria defined
President meets with Mirzaabad residents
National Children’s Medical Center commissioned
Shavkat Mirziyoyev condoles with the President of Pakistan
President congratulates the King of Jordan
President departs for Andijan
Shavkat Mirziyoyev congratulates Ilham Aliyev
42 thousand jobs to be created in Andijan region
Multi-storey buildings to be built in Sardoba, Oqoltin and Mirzaabad districts
Shavkat Mirziyoyev congratulates Alberto Fernandez
Three-level transport interchange opens today
Recommendations given on increasing the affordability of meat
Shavkat Mirziyoyev criticizes the quality of construction activities
A new support system for families in need of housing to be introduced
IMF chief sends letter to the President of Uzbekistan
Competition in the process of transition to a market economy is a fundamental issue
Alley of Litterateurs opens in Tashkent
“Modern Village” project discussed
Shavkat Mirziyoyev: Carelessness can negate all our efforts to counter the pandemic