The strategy and process of bank transformation discussed

On July 6, President of the Republic of Uzbekistan Shavkat Mirziyoyev chaired a meeting on implementation of the 2020-2025 Banking System Reform Strategy and acceleration of the process of transforming commercial banks with an eye to uplifting the private sector share in banking assets from 15 to 60 percent.
It was noted that a number of key issues have to be addressed in order to achieve the goals.
The need for intensifying the process of transformation of banks was noted.
Currently, 6 commercial banks, namely, Ipoteka Bank, Sanoat Qurilish Bank, Turon Bank, Asaka Bank, Aloqabank and Agrobank have begun cooperation with international financial institutions in matters of financial diagnostics, development of long-term strategies and privatization. However, work on the transformation of other commercial banks has barely been progressing well enough, the Head of the state noted. To change the situation, it was entrusted to conduct a stocktaking of functions not inherent to banks, to arrange training programs at the Corporate Retraining Center under the Central Bank to explain the tasks of bank transformation, primarily for local employees of banks. These tasks are assigned to the Central Bank.
Issues of improving the quality of the loan portfolio and bank projects were discussed at the meeting. It was indicated that the share of problem loans, as shown by the results of stress tests, can grow several times, which is a serious challenge for the banking system.
In this regard, instructions have been given to analyze problem loans by region and create an effective mechanism to maintain the quality of loan portfolios. It was emphasized that once the banks’ loan portfolios undergo stocktaking, the Central Bank should develop specific measures to restore the financial capabilities of each customer in a difficult situation.

A separate aspect during the meeting was the discussion of the need for eradicating corruption in the banking sector.
The Head of the state insisted that bank chiefs take tough measures to stamp out corruption, introduce compliance control and other effective mechanisms.
The President slammed the fact that the share of public funds is still high in commercial banks with state assets.
In particular, the share of such loans is 41 percent in Qishloq Qurilish Bank, and 32 percent in Ipoteka Bank. Last year, credit lines worth about $600 million were attracted under the state guarantee, this year this figure will amount to $570 million. Meanwhile, the share of individual savings and fixed-term deposits in large banks averages only 5 percent. Taking into account this fact, the Central Bank was instructed to come up with additional proposals for attracting household deposits in banks.
The President noted the need for independent attraction of financial resources by commercial banks without state support.
Heads of the Central Bank and commercial banks provided information on the issues discussed at the meeting. 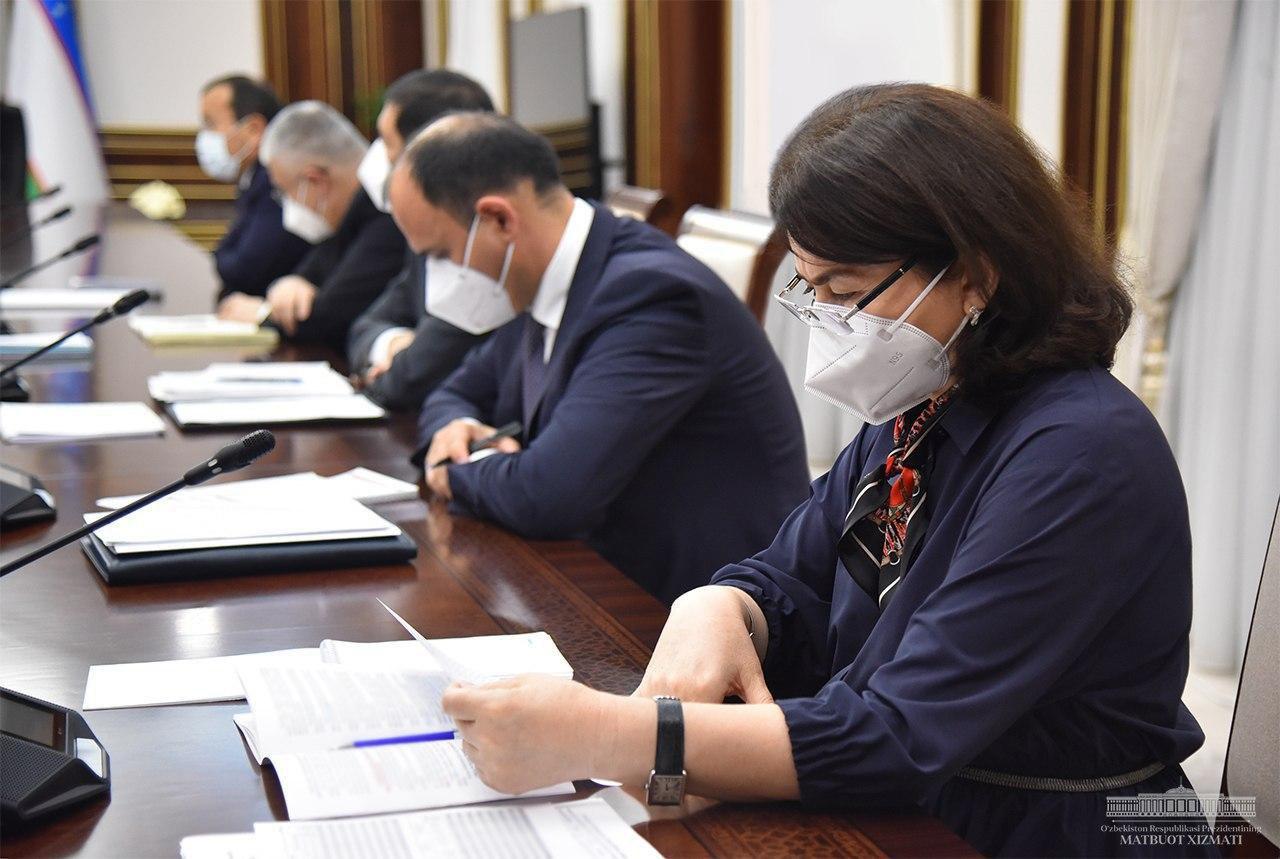 Today, President of the Republic of Uzbekistan Shavkat Mirziyoyev had a telepho…

On July 24, President of the Republic of Uzbekistan Shavkat Mirziyoyev talked w…

Presidents of Uzbekistan and Turkmenistan speak by…

President of Uzbekistan condoles with China’s President
The only way to emerge from the pandemic stronger is to create a favorable environment for small business and entrepreneurship
Shavkat Mirziyoyev: Neglect of this perilous disease is absolutely unacceptable
Telephone talk with Valentina Matvienko
Shavkat Mirziyoyev and Nursultan Nazarbayev
Telephone conversation with Kyrgyz President Sooronbai Jeenbekov
Presidents of Uzbekistan and Turkmenistan speak by phone
Birthday congratulations from Vladimir Putin
Emomali Rahmon congratulates Shavkat Mirziyoyev on birthday
Birthday greetings from the President of Kazakhstan
President reprimands executives for unsatisfactory status of efforts to counter coronavirus in the city of Tashkent and Tashkent region
Shavkat Mirziyoyev: We have all reserves and capabilities to fight the coronavirus
Youth and women employment measures supplemented
President: Conscientiousness of people should be our main tool
Leading industry projects presented
Epidemiological situation in the capital and Tashkent region under discussion
Protecting public health and economic stability are top priorities
President reviews the current responses to COVID-19 in the country
Shavkat Mirziyoyev congratulates Milo Đukanović
Digital technologies to be introduced into cadastre sector